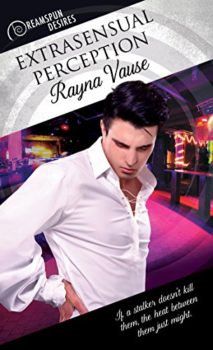 If a stalker doesn’t kill them, the heat between them might.

Christopher Vincent is desperate enough for a job that he accepts an offer to entertain as a psychic in a friend’s nightclub. Jackson Whitman, one of the club’s co-owners, is less than thrilled by the new act. To him, psychics are ridiculous and a liability. But when they come face-to-face, attraction flares to life between them.

Someone is watching Jack and Chris from the shadows. What starts as a series of creepy encounters leads to deadly attacks.

Jack and Chris must set aside their differences and work together to survive a homicidal stalker. But can they survive their explosive connection? 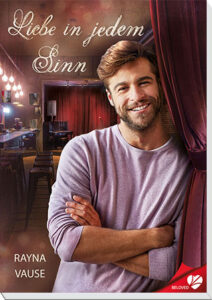 Rayna Vause is giving away a $10 Amazon Gift Card to one winner.